The Packa is a high-performing, full-featured electric cargo bike with single and dual battery options for longer range, and power capacity for any haul -- making it a natural car-replacement. Whether loading big cargo for utility or precious cargo for family time, it can get the job done. Fits a Wide Range of Riders

Customize your Blix with Accessories

Range per Charge with Dual Batteries Talk to an Expert The magic happens in the details. We build every Blix bike with an obsessively high level of attention to details, allowing us to create a utility-friendly ebike with high-performance components for any riding conditions, without sacrificing a visually compelling design.

With a total length of only 81”, the Packa Genie is only a tad bit longer than a regular bike. The 24” wheels and low step-through frame allows for a low center of gravity and easy handling.

The low-step frame allows tall and shorter riders to easily jump on and off the bike whenever needed.

Carry up to 200lbs in over 200 different combinations with the smart modular rack system. The front and rear rack is equipped with smart mounting points to truly fit everything you’ll need to carry.

The powerful rear motor provides 750w of continuous output and up to 1,350w of peak output when needed, making it easy to climb steep hills and carry heavy loads.

The dual battery system totals 1,228Wh and automatically uses both to ensure you never have to stop when one battery runs out - giving you a range of up to 80 miles for long riding with heavy loading.

High-performance, reliable hydraulic disc brakes provide you with plenty of stopping power in both wet and dry conditions.

Easily shift gears with a twist of your right hand, allowing you to control your ride by shifting into the lowest gears on steep hills and into the highest gear to pedal in high speeds.

Ride knowing that you're protected from any unwanted motion forward when your brakes are engaged, as the battery power is automatically cut-off when brake levers are pressed.

Use the throttle to ride without pedaling at all. The throttle can be fully used at any assist level and makes it easy to start and stop when riding.

The front and rear light are integrated into the frame and powered by the bike’s battery. Activated during your ride, the rear light also has a built-in reflector and brake light that lights up when you brake.

Easily charge any device through the USB port directly from the display!

Smart design is in the details. The small, but loud bell, is conveniently integrated into the left brake lever, allowing easy reach and a clutter-free handlebar.

Since the very beginning, we've believed in the importance of making ebikes with an incredibly user-friendly design. Every aspect and concept of the bike has been designed with the user in mind, created by the voice of the thousands we've met and talked to over the years. It's a bike from you, for you.

Carry up to 200lbs in 200 different combinations. The Blix modular rack system includes smart mounting points in the front and rear that let's you add a variety of unique Blix accessories.

With a total length of only 81", the Packa Genie is just a tad bit longer than a regular bike. The 24" wheels and low step-over frame of only 19.4" allows for a low center of gravity and easy handling. We pride ourself with building ebikes with a sharp focus on smart safety features that protect you, your loved ones, and your bike when riding out in the wild. Great performance is key for fun riding. We build every Blix with a high-capacity long-range battery for long happy rides, a powerful motor for the steepest hills, and intuitive pedal assist and throttle for easy and fun riding. The Packa Genie features a 48V dual battery system with an incredible 1,228Wh total capacity, using high-quality 18650 cells that gives you up to 40 miles with a single battery and 80 miles per charge with dual batteries and 25,000 miles of battery lifetime.

The dual battery system automatically uses both to ensure you never have to stop when one battery runs out, giving you twice the range for long riding with heavy loading.

Control your entire ride with the display by choosing between 1-5 levels of pedal assist power, check your battery life, speed and trip distance. Or charge your phone or speaker while you're at it. Easy to ride. Easy to store. Add versatility to the type of cargo you carry. Mounts to head tube for maximum stability with a 50lb loading capacity.

Easily carry more cargo, this basket mounts to front or rear rack. Two of them can fit side by side in the rear!

Provides extended flat surface for cargo. Has multiple mounting points for the front and rear racks.

Fun and easy way to carry up to two older children who no longer fit in child seats.

Add padding to the rear rack for those who are riding in the VIP Section. They easily attach and are split in to two!

Easily mount this basket directly to the headtube, allowing you to be sturdy and the basket to stay straight while you turn.

Provide added comfort for your passengers and support for your cargo with Blix Running Boards.

Add this Blix Rear Rack Board to support your passengers or provide a flat surface for any type of cargo.

*Specs may change at any time, based on availability*

Thank you for submitting a review!

Your input is very much appreciated. Share it with your friends so they can enjoy it too!

This is the most amazing bike ever. I’m a dad with 5 boys, this thing rocks. I can ride the grocery store with two kids on the back and still have room for our groceries! It’s fast and smooth and easy to ride! 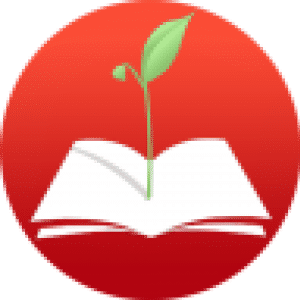 Huge fan of the Packa!

I love everything about the Packa—the size, the look, and how it goes. My kids (currently 10 and 7) both fit on the rear rack board with cushions and the VIP bar installed. They have a blast cruising around with me instead of taking the car—the large basket fits both their school backpacks. I also use it for work to collect large packages from my mailbox. Every time I ride it, someone asks about it or gives a nod of “cool” approval. I’m a huge fan and can’t recommend the Packa enough for anyone looking for a cargo bike that moves people and packages.

I've got about 100 miles on my new Packa, mixed commuting and big hills (I live on a giant hill, so the return trip is very steep). It's a great bike, very solid and well designed, especially the frame and rack. I have it set up now with Arkel panniers and a Thule basket, and have been using it for grocery runs, riding around town for errands, etc. Attachment points are many, varied. I should add that I've owned other cargo bikes (electric and standard), and find the Packa to be a pretty great deal. It's definitely not as refined as an Xtracycle or Benno, but for the price it does exactly what it should and does it well. I don't have small kids anymore, but I imagine it would be fantastic as a kid hauler. I won't say much about the drive system as it's very standard, not much different from what you'd get on comparable bikes. It's not a mid drive, so there's no point in comparing the two. The adjustable stem is great, and the bars and grips are comfortable. Frame geometry is spot on, especially for a one-size-fits all. Now for the weak points. Brakes are adequate, but on the cheap side. I had to take the bike to my local shop to adjust out the rub on the front brake, which was the result of a warped rotor that I wasn't able to true myself (I used to be a mechanic, and this was actually the first time I've ever had to bring one of my bikes to a shop). Blix promptly reimbursed me for the $15 repair bill. The kickstand was garbage and gave out after a few uses. It came loose during a ride, then the threads stripped out before I hit max torque. The guy I talked to at Blix (who was great, by the way), gave me a link for a better one on Amazon, which I ordered, and then Blix reimbursed me for that, too. It works great, and hopefully they'll start to spec this one on new Packas. My only other issue is the seat post, which has clamps that are a little too narrow for the Brooks saddle I intended to use on this bike. I haven't experienced this before, but the seat isn't bad, and it proved a good excuse to order a thud buster suspension seat post, which isn't a bad idea anyway as my city has more potholes and cracks than smooth sections. All in all, a great bike that's proving to be well worth the initial hiccups.

Hi, overall, I am very happy with my bike. It is very fun to ride. I purchased it to avoid short trips in my car, to help the environment and do more to combat climate change. I realized 99% of my driving is short trips of 5 miles or less. However, when the bike arrived the box was mangled, one of the batteries was scratched, and the frame was scratched. When we put on the seat pads one of the buckles broke. Also, I was missing the cap that goes over the allen wrench adjustment on the top of the stem to adjust the headset. I contacted Blix and you gave me a $100 discount, sent me touch up paint, and a replacement pad. You tried to send me the cover for the headset but instead sent me a cap that we think goes over the footrest bolts - it doesn't even fit on the top of the headset. But you guys were responsive and took responsibility and I think that's pretty rare these days, so I commend you on that. And as I said, overall, I'm extremely happy with the bike itself - it's a blast to ride. Thanks again.

The bike was easy to assemble it came with a partial charge and I was able to take a ride right out of the box. I have been having a blast riding all around the Santa Cruz area Love the packa